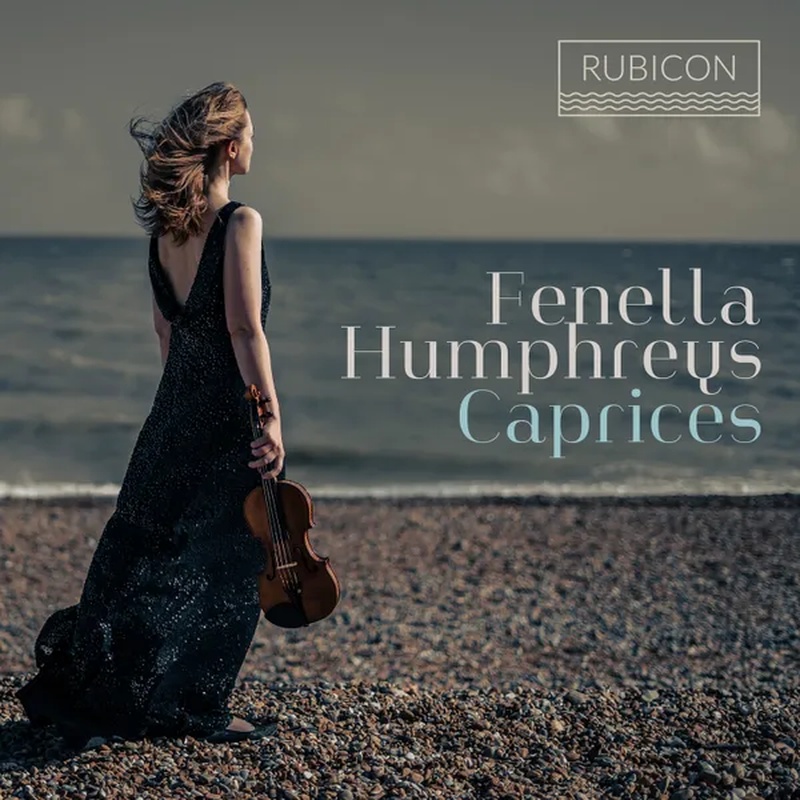 An album full of Caprices new and old by violinist Fenella Humphries, including Freya's Caffeine caprice.

"Some readers will recognise Caffeine, Freya Waley-Cohen’s wired, dancing play on rondo form, as having begun life as a 2019 solo recorder work for Tabea Debus. Humphreys asked for this solo violin version after attending its premiere, and the result, to my ears, subtly and gorgeously channels Ysaÿe as she brings a panoply of colour and sparkle to its dizzyingly rapid implied polyphony."

"Freya Waley-Cohen’s Caffeine, written during a coffee-fuelled flight and arranged especially for Humphreys, beautifully transformed from its original incarnation for recorder."